Monkey River Village, which was known as (Monkey River Town), is the northernmost village in the Toledo District. This small community has a population of 217 people; it sits on the southern and northeastern bank of the mouth of Monkey River. The village is as “real” as it gets. The houses are mainly wooden with a few concrete structures. The entire village has one community center, one school, two churches, two shops, three hotels, two resorts on the north side and three restaurants and bars. Small boardwalk borders the lagoon at the back where fishermen dock their boats. A roving sandbar protects the river mouth. Wide sandy beaches stretch out along the mouth of the river and on the east side of the village. Some of the beaches along the southern edge of the town were eroded during Hurricane Mitch in 1998 and Iris in 2001.

Born with the banana industry, Monkey River was promoted to a town in 1891. At that time, the population was over 3500 people, and the main source of income was the banana industry, logging, and export of rice. The demise of the banana industry forced the majority of the people inland in search of other jobs. The town was downsized to a village in 1981. In recent years, the village has come alive again. Each family has a boat, and most villagers make a living from fishing, lobster, or the tourist trade.

It very easy to get to Monkey River Village by road, it’s 12 miles in from the high way, you cannot miss the big sign at the junction.

Monkey River is small and easy to get around. There are only two main streets. There are no cars, or trucks in the community. The sandy, grassy paths are short and comfortable for walking throughout the entire village.

Monkey River now has 24 hours electricity and living conditions for our small population have improved immensely. The beachfront near the dock is a favorite gathering spot for the villagers to hang out and discuss the events of the day while the children spend time playing soccer and basketball. During school days the young adults are off in the neighboring village of Independence pursuing their high school education and return to town from their long day via bus and boat.

The village is bordered on the west by riverine forests. It is a great place for experiencing the Belizean Jungle. The Monkey River Tours are led by most of the tour guides in the village. Enjoy your upriver ride, casting your eyes on the beautiful flora, fauna and broadleaf subtropical rainforest, in the comfort of a skiff. As you glide by, iguanas dive into the water, troops of howler monkeys race through the trees; birds dart from tree to tree; and crocodiles bask along the banks of the river. Camera is a must. Stop for a hike through the jungle. Your guide will point out herbal medicines, tarantulas, crocodiles, snakes, howler monkeys, and various birds including toucans and oropendulas. If lucky, you may spot a deer, tapir, or even a jaguar. Several mangrove cayes lie off the rivermouth. One island is a bird sanctuary for many wading birds such as egrets and herons. The birds congregate in huge numbers to roost for the night. 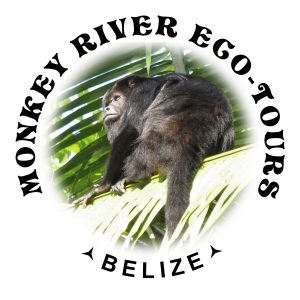